The Defacement (Photography Meets Paint) project sees Quigg and Green capturing the show’s subjects in an entirely new way, by each highlighting different elements through their contrasting approaches and combined mediums, using photography, lighting, paint, aerosol and by physically scratching, crumpling and layering the images.

James explains: “It’s been amazing taking my work to a totally different place, by working with Joe and his incredible camerawork. I’m used to working on blank white canvases, so working on top of something so precious was much more daunting. But our collaboration has produced some of the work I’m most proud to put my name to.” 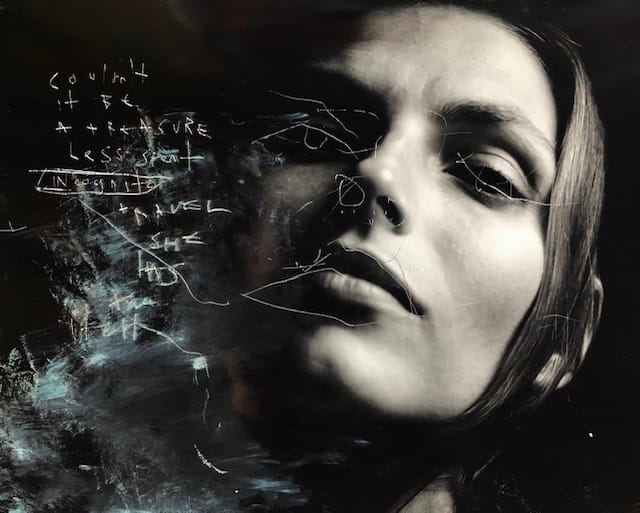 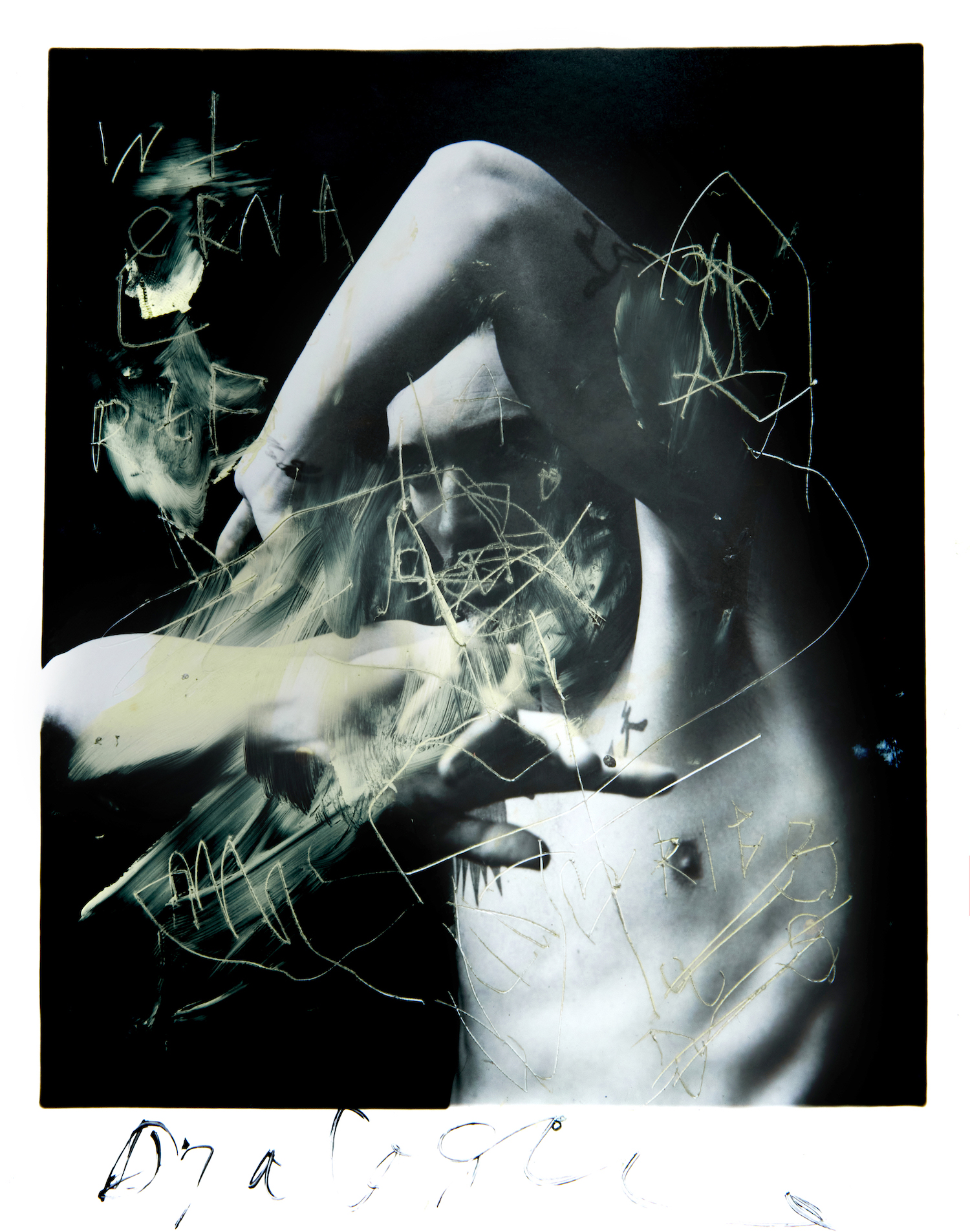 Green and Quigg met on the set of a documentary, centred around validating a piece by New York art prodigy Jean-Michel Basquiat, which was originally owned by Quigg’s father. They immediately connected and decided to collaborate on a project fusing their differing approaches and mediums to create something truly unique.

The global coronavirus pandemic struck at that time, but their isolation enabled the pair to pour all of their creative energy into the project, with Quigg hand-printing black and white photographs from his home darkroom and posting them to James’s studio, where he would transform them into visceral, colourful paintings. 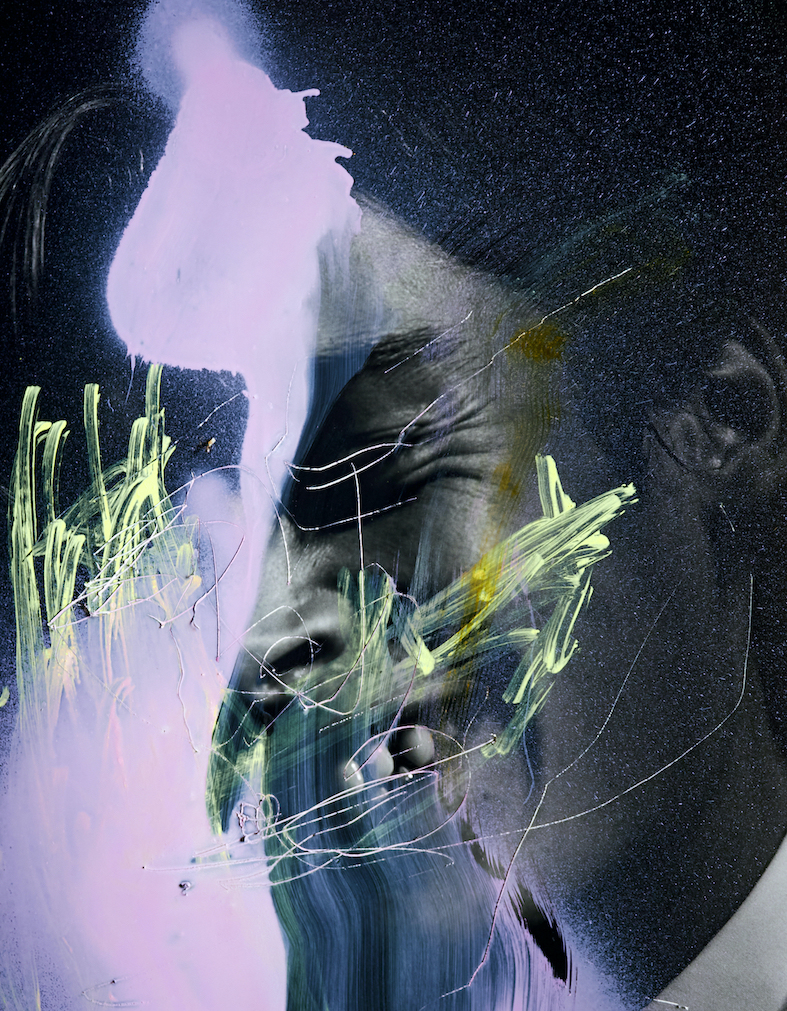 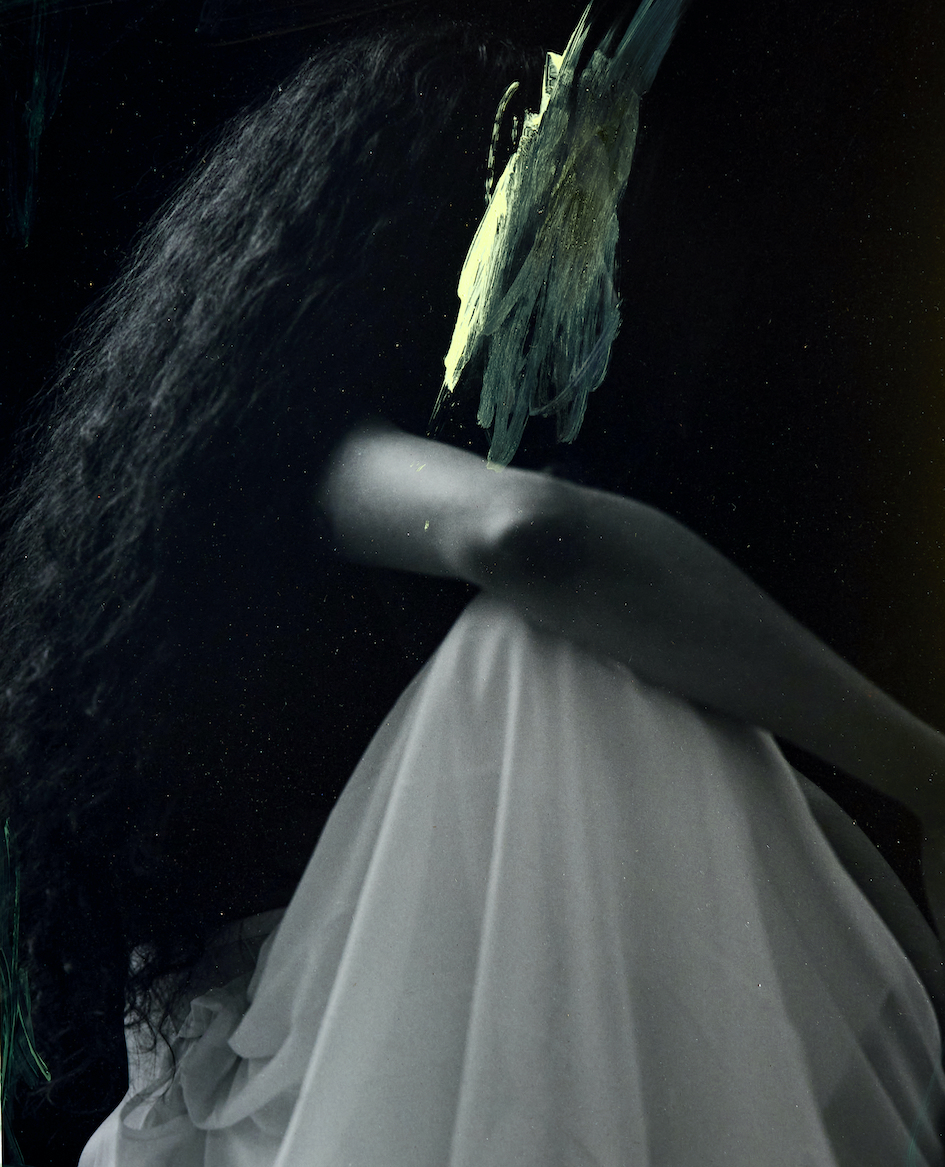 Mystery Jets frontman, Blaine Harrison says of the project: “I feel privileged to have served as a shared canvas between two such polar forces, unified in a singular vision.

“I was excited to work on something completely different with Joe, outside the bounds of a comfort zone. And James’s masterful reworking and distorting of the images unearthed a subtext which was sometimes ghostly and chilling and at other times, joyous and blithe.”

Model Richard Biedul adds: “Having worked with Joe on numerous occasions before, the opportunity to work on the DFCMT project manifested itself and I automatically knew that it was something I wanted to be a part of.  “Joe’s portraiture – especially on film – combined with James’s incredible talent across mixed media art made this a once-in-a-lifetime opportunity that I didn’t want to miss out on.”

And this is just the start of things for the creative duo, as James concludes: “Our intentions and ambitions for the project see no limits.”